Marketing Use of Culture

You need a new tablet. You spend time thoughtfully analyzing various vendor sites to figure out the best fit for your needs. Finally, you think you’ve made up your mind. As you continue browsing there’s a paid for advertising for a different tablet. You had only a few seconds to absorb its message, but you’re swayed in ways you hadn’t anticipated. What on earth is going on?

According to various research over the past few years, it may have to do with your cultural biases. Or more specifically, the instances in which culture matters—and the times it doesn’t. So, when does culture influence consumer purchasing decisions? This is quite a complex issue. For example, research conducted by Donnel Briley and Jennifer Aaker found out  that culture-based differences largely emerge when information is processed in a cursory and spontaneous manner. So when you caught a glimpse of that Google advertisement, you were likely to be influenced by content that appealed to your particular culture. It could be a slang word, an image of particular locality or a quote from your favourite book. But when you premeditate things, by examining information more carefully — attempts by advertisers to rely on cultural factors tended not to be as successful.

Digital marketing industry due to its very nature is much quicker and versatile in adopting various cultural subtleties than some other forms of advertising. The traditional billboard advertising, for instance, require actual physical space and more of consumers’ time. More attractive the space, more frequented it is by the potential consumers. Naturally, the billboard installations would occasionally venture into the first-hand tasteless trivialization of the very cultural icons they were trying to relate its product to. E.g. – some time ago, a group of the world’s leading cultural experts have launched a stinging attack on the Italian government over the use of giant advertisements placed on some of Venice’s most historic sights. Among others, Palazzo Ducale, a stand-out architectural masterpiece of both Gothic and Renaissance era, had its views all but obliterated by Coca-Cola advertisement. Needless to say, there were negative repercussions among the public and tourists alike. Going digital, we are making a progress after all. 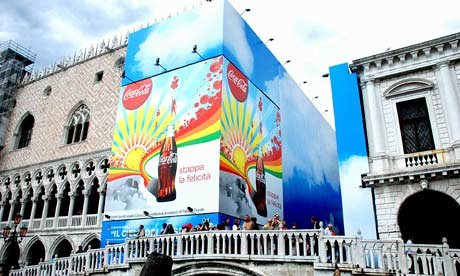 Many people in China will be wearing red clothing during festivities.

Back to the cultural aspect of digital marketing, there are several key components every company wishing to go national, continental or global has to have in mind. Values and attitudes vary between nations and even vary within nations. Local history, customs and habits are less likely to burden a particular digital marketing campaign within the national borders. But knowing what the local population keeps close to heart is always a bonus. A person in the West of Ireland will probably feel more related to the content if spoken to in Gaelic. However, a good measure is required too, as it’s ever so easy to fall into the trap of triviality and the campaign backfires. Things are getting even more complicated when moving abroad. Colours, types of emoji and symbols, people’s clothing, use of hands. It all matters. So do names and titles. For instance in Europe, especially the south, white colour is commonly seen as a symbol of purity, peace and summer whilst in China, the white is associated with death. Peace and happiness are linked to red. In 2004, China banned a Nike television commercial showing U.S. basketball star LeBron James in a battle with animated cartoon kung fu masters and two dragons, because it was argued that the ad insults Chinese national dignity. In Europe, we tend to ignore emails with generic titillation such is “Dear Customer”, whilst in Asia, it is considered rude to call somebody by their family name (let alone the first name) unless invited to. Even within Europe, most Continentals wouldn’t look too favorably if being called by their first name as these are typically only used by friends and family.

Locally, culture could relate to a country (national culture), a distinct section of the community (sub-culture), or an organization (corporate culture). Whilst good quality translation and localization are important for any multinational digital marketing strategy, familiarity with the local (sub)cultural heritage and contemporary trends is bread and butter of any local small and medium-sized business. The cultural scrutiny of the local consumer towards the local businesses is often harder test to pass then operating within the international scope of advertisement. As relative budget sizes for marketing offer little or no room for error, doing one’s homework on the topic becomes an imperative. More so, this kind of knowledge is usually fairly effective ice-breaker too.

Advertising is about norms and values, aspirations and prejudices. It is about culture.